A recent WSJ article profiled a Columbia, Ohio doctor facing a whopping $500,000 in student loans — the result of deferred payments and accumulated charges. While the doctor’s debt burden may be extreme, more U.S. college students are borrowing larger amounts to pay for surging tuition costs.

Rising debt is one key reason why our guest James Altucher, a hedge-fund manager and author, argues: Don’t send your kids to college!

“There’s a lot of evidence to suggest that motivated kids are going to make money whether or not they go to college,” says Altucher, managing partner at Formula Capital. “So teach your kids how to be motivated. Teach your kids how to sell a product, build a network of connections. That’s going to be far more valuable.”

He notes for some people, it might be more enriching and productive to go to college later in life.

The case for college. Altucher adds the case for college largely is based on an assumption: a degree = a higher paying job. “Everyone who’s hiring you has a college degree and that’s a way they perpetuate the scam,” Altucher tells Aaron in the accompanying clip. (Of course, there are notable college dropouts, including Bill Gates, Steve Jobs, and Mark Zuckerberg.)
To be sure, college grads typically get higher-paying jobs and are expected to earn $800,000 more over the course of a lifetime vs. workers who didn’t go to college, according to the College Board.

100K for a degree: But with four years of college costing $104,000 on average (including books and tuition) and the average college student graduating with $23,000 in debt, Altucher argues it’s time to rethink the value of four years of higher education, especially right after high school. He believes the vast majority of HS grads would be better off if tuition money was invested for them instead, as detailed here, or used to fund a new business or other “educational” endeavors like travel.

Note, that $104,000 figure is just the average total cost — and that’s just for now. Faced with budget shortfalls, costs are surging, particularly at public schools, while degrees at top private colleges can cost upwards of $200,000.

Altucher notes the cost of college in the U.S. has risen 10 fold during the last 30 years, compared to a six-fold increase for health care and three-fold for inflation overall. “College, not only is it a scam, but the college presidents know it. That’s why they keep raising tuition greater than health care or inflation costs,” he says.

From $1,620 to $10,000 in 20 years. University of California leaders in November voted to hike tuition for undergraduates by a whopping 32% or roughly $2,500. The total fee for undergraduates at campuses including UCLA and UC Berkeley will exceed $10,000 an academic year by fall 2010. That annual fee was just $1,620 in 1990 and about $3,830 in 2002. Not surprisingly the fee hikes have sparked protests and anger — especially as the state’s budget woes haven’t stopped top UC officials from pocketing base salaries of about $400,000 annually. 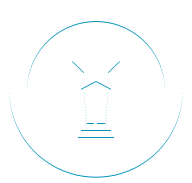